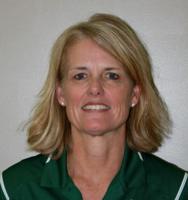 "I am looking forward to my third year of being a part of the Metro coaching family. I have enjoyed this wonderful opportunity to work with outstanding coaches and leadership where the goal is to train and develop the best athletes while competing at the highest level."

Carrol has coached volleyball for 18 years, which includes coaching club and the Head Coach at Flint Hill School. Last year, Carrol served as the Assistant Coach for Metro 14 Travel where the team finished in first place at CHRVA Regionals, Capitol Hill Classic, and NVPL.  As the Flint Hill School's first Varsity level coach, Carrol quickly helped build the program into one of the best teams along the east coast. She has been named VISAA Division I Coach of the Year nine times (2008, 2009, 2010, 2012, 2014, 2015, 2017,2018 and 2019) and also received the Washington Post All-Met Coach of the Year in 2012. With Flint Hill winning 10 out of the last 12 state championships, her teams have finished as the Washington Post #1 ranked team five times. In 2017, Flint Hill finished the season with a 35-0 record and a #13 national ranking by Maxpreps XCellent Top 25. She has coached five Washington Post All-Met Players of the Year, four Virginia State Gatorade Players of the Year, and eight VISAA Division I Players of the Year. During this time Carrol has also been involved with coaching club volleyball in the CHRVA region where her teams won regionals four times and qualified for Nationals seven times.

Growing up in Chattanooga, Tennessee, Carrol was a three sport athlete (volleyball, basketball, cross country) and was selected Most Athletic her senior year. She was also Co-Valedictorian of her graduating class. In 2016 she was inducted into her high school’s Hall of Fame.