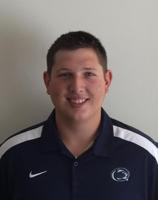 “Although our last season fell short due to the pandemic, I believe our club was able to overcome obstacles to keep our athletes excelling. We cannot predict what is to come this season but I am optimistic for this year and excited to get back in the gym.”

Corey Hobson is going into his seventh year of coaching club with METRO, he spent the first four years as the Assistant for 18 Travel, one year as the associate head coach with Adam Hughes, and last year made his debut as the Head Coach for 17 Travel.  Corey’s last 5 years with METRO have been highlighted by being a part of the first team from the Chesapeake Region to win a National Championship, taking Bronze at Nationals in the National Division, and qualifying for Nationals in the Open Division three years in a row, two years with the 18 Travel and last year with the 17 Travel.

Corey began his volleyball career as a setter at Cambridge Springs High School in Cambridge Springs, Pennsylvania where he helped to put his school on the map (ranked #1 in the state) by leading his team to the state playoffs his senior year.  Corey continued his volleyball career with the Penn State men’s volleyball team from 2010 to 2013 as the technical coordinator.  During his years with the team, Penn State made it to the Final Four of the NCAA Tournament and were EIVA Champions all four years.  His duties included being the primary technical operator of the Data Volley and Data Video software, planning and organizing practices with coaches, scouting opponents and creating scouting reports in preparation of upcoming matches, and practicing with the team.  Corey was also a setter for the men’s club volleyball team for three of his four years at Penn State and graduated in December of 2013 with a degree in Civil Engineering.

Corey currently lives in Manassas, VA with his wife, Kirsten and daughter Lucy. He works full-time as a Project Manager for Baker DC, a concrete construction company, in Washington D.C.