"I am looking forward to coaching with the best staff in the area, and continuing to improve the game for so many players."

Patti returns to Metro this season as the Central Director and 18 Central Head Coach.  Patti has been the Head Coach at Frederick Community College in Frederick Maryland since 2018 and serves as the MDJUCO Volleyball Coaches Association President.  During her career coaching volleyball she worked for 9 seasons at Michigan Elite Volleyball Club.  She also was a volunteer assistant coach for Wayne State University in Detroit MI from 2009-2011.  While coaching 4 years at Cousino High School in Warren Michigan she was awarded the Macomb Area Conference Coach of the year (2005-2006).

A 2000 graduate of Warren Mott High School, Westenberg was an All-Region player and MVP at Macomb Community College (Warren, MI). She transferred to Division 1 Oakland University (Rochester, MI) to finish her playing career. She earned a Bachelor of Arts degree in History with a minor in French in 2005 and completed her Master's Degree in Secondary Education in 2007.
Westenberg resides in Rockville, Maryland, with her husband, Eric, and their two daughters.  She enjoys playing volleyball and currently competes in indoor, grass, and sand leagues/tournaments. 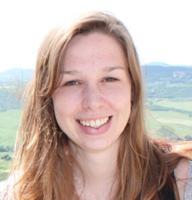 "Looking forward to another exciting season!"

Originally from Southern California, Ali joins Metro for her fourth year of coaching in the DMV area. As a player, Ali was a 4 year starter and 2 year captain at Carnegie Mellon University, and lead the Tartans to 2 post season appearances. Prior to her senior season, Ali helped coach at the Tri-State Elite College Prospect Camp where she found a passion for coaching and preparing student-athletes for the collegiate level. After graduating, Ali spent a year in California and coached the freshmen team at Laguna Beach High School, helping the team to win their league championship.

Ali graduated from Carnegie Mellon with a Bachelors in Biology and Business Administration. She moved to DC in 2016 to earn a Masters in Health Systems Administration from Georgetown and now works as a healthcare consultant.

"I am so excited to be coming back to Metro for a second season! I'm looking forward to continuing developing young athletes' skills and love for the game."

Nicole is entering her second year as a Metro coach. She started playing volleyball when she was 9 years old and quickly fell in love with the sport. Her volleyball career started at Impact Volleyball Club where she primarily played as a setter and outside hitter. Her sophomore year in high school, she moved to Rage Volleyball Club where she grew her skills as a setter. With Rage, her 15’s team earned an Open bid to USAV Junior National Championships in 2013. The following year, her 16’s team secured an American bid to Junior Nationals, finishing with a perfect record and the gold medal. During High School, Nicole also gained experience playing internationally. In 2013, she was selected to the USAV A1 High Performance Team that practiced and played out of Fort Lauderdale, Florida. The following two summers, she traveled to Italy, Hungary, Slovenia, and Croatia to play in the Global Challenge with Team Golden State. Her senior year in high school, she committed as a setter to California State University, Chico. During her time at Chico State, Nicole and her team saw three playoff appearances, including an appearance at the NCAA Tournament in 2016.

Nicole graduated from Chico State in May of 2020 with Bachelor of Art degrees in History and Political Science. She currently works as a Policy Analyst at NASA Headquarters

"I am passionate in helping players to develop both on and off the court, and am beyond excited to join the Metro family this season!"

Megan is excited to join the Metro staff. She currently plays Division One volleyball at American University, while studying Political Science and Psychology. Prior to this, she played for Triangle Volleyball Club in Raleigh, North Carolina on open division teams. Her Triangle 18's team was able to earn a USA bid to USAV Junior nationals, and had multiple top 5 finishes at national qualifiers/open level tournaments. While in her senior year of high school, she was top in the state for kills and earned First Team All State and First Team High School OT. Before that year, she was also able to be on the varsity team for four years and captain for three. A further experience which shaped Megan as a player was being able to work with USAV's High Performance program her junior year. During this fast-paced ten day program she was able to play with many talented players under skilled coaches from across the country, and in the end was the captain of the gold winning team. After many great experiences with volleyball, she is ecstatic to share her love of the game with her team this year!

"I'm so excited to join the Metro family"

Started playing volleyball at Hempfield High School and continued playing club at Synergy and then the Nook my senior year. I was lucky enough to start 4 years at Carnegie Mellon University garnering all conference and all-region accolades. Senior year I was voted all-American. I always played Middle in college and high school but have been transitioning to different positions as I have continued playing as an adult. Excited to pass on my knowledge to the next groups of volleyball players!

"I am excited about my first season with Metro as a coach. I can't wait to help the girls develop their skills and love for the sport!"

This is Chanelle's first year with Metro as a coach after playing for the club since I was 14.  She has played volleyball since she was 11 and love the game! Chanelle played on the JV team her freshman year of high school then was on varsity for her remaining 3 years of high school.  She helped lead her team to win a Maryland 3A State Championship during her junior year. She currently plays at Georgetown University as a middle blocker and is majoring in Linguistics and minoring in Italian while completing Pre-Med requirements.

A previous Metro Travel Alum, Lauryn Terry played volleyball at North Carolina State University, where she graduated with a Political Science degree and a minor in Business Administration.

During Lauryn's time at North Carolina State University, she took her team to NCAA tournament, advancing to the second round for the first time in school history. By the end of her collegiate volleyball career, Lauryn concluded her career in finished highly ranked at NC State in blocks In particular, she set a rally scoring era record with 14 blocks against Georgia. Tied the program record becoming the third player all-time and first since 1998. Lauryn continue her volleyball career playing a season abroad as a professional athlete in Lugano, Switzerland. She currently works as a Paralegal.

"I'm stoked to coach my first season with Metro! I can't wait to share my love for the game with my players and help them develop over the course of the year."

This is Clayton's first season coaching at Metro. Clayton is a new DC resident starting a graduate program in sustainability at Georgetown University after graduating from undergrad at Northwestern University in Chicago. He started playing club volleyball at 13 years old with High Performance St. Louis and traveled to USAV nationals seven separate times. In college, he played as an outside on Northwestern's club team for four years, traveling to tournaments across the B1G Ten conference. Clayton has coached clinics and teams since high school. Let's go Metro!

"As a former Metro Travel Alum, I am very excited to come back for my first season and share my love for the game with my team and help them develop as players!"

This is Stephanie's first year coaching with Metro. Stephanie started playing volleyball when she was 9 and played for a total of 12 years. After graduating from the University of Delaware with a Bachelors in Athletic Training with a minor in Coaching Science, Stephanie went on to receive her Master's in Exercise Science and Health Promotions. For the last 5 years, Stephanie was an Athletic Trainer, 3 of them for a Division 1 Volleyball program. She is very excited to get back to coaching the sport that she loves and is ready to share that passion with her team!​​​​​​​

"I'm super excited to coach my first season with Metro! I'm looking forward to helping develop the girls' love for the game!"

Rachael is entering her first season as a Metro coach. She began playing volleyball in 6th grade and quickly fell in love with the sport. She made the varsity women's volleyball team as a freshman in high school and was a starter in every varsity high school match of her career. She helped her high school team to win four Maryland 4A State Championships as the libero for 2 seasons and an outside hitter for 2 seasons. Rachael joined the Metro family her junior year of high school on the Metro 17 Travel roster. She finished her final club season on Metro 18 Travel and went on to play Division 1 volleyball at American University in Washington, D.C. Her freshman season, the American University Eagles won the Patriot League conference and competed in the NCAA Division 1 Volleyball Tournament. Rachael is currently a senior at American University majoring in Graphic and Visual Communication Design and minoring in Computer Science.